novoMiRank is a tool for comparing features of novel predicted miRNAs to a set of known miRNAs in the miRBase. Since in later miRBase versions the increase of miRNAs derived from NGS data and prediction tools is noticeable, we provide with our tool a way to compare user-defined novel miRNAs to e.g. early miRBase versions and rank the user input miRNAs according to their distance from the distribution of the selected reference miRBase versions. For this task, we defined 24 sequence, structure, and distance features as follows:

For your convenience we provide two input types: 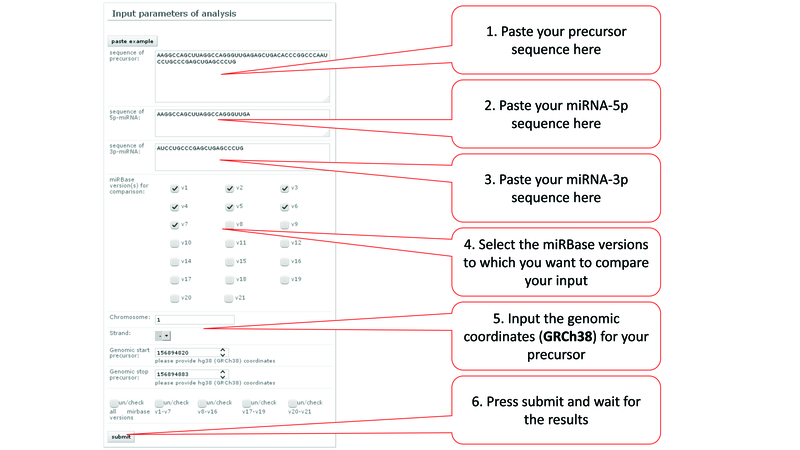 A GFF file is a tab-separated plain text file that is a standard format for sequence annotations. We use the GFF version 3, which is also used by miRBase. Here, you find additional information for the GFF3 format. Format description of a GFF file as novoMiRank expects it: 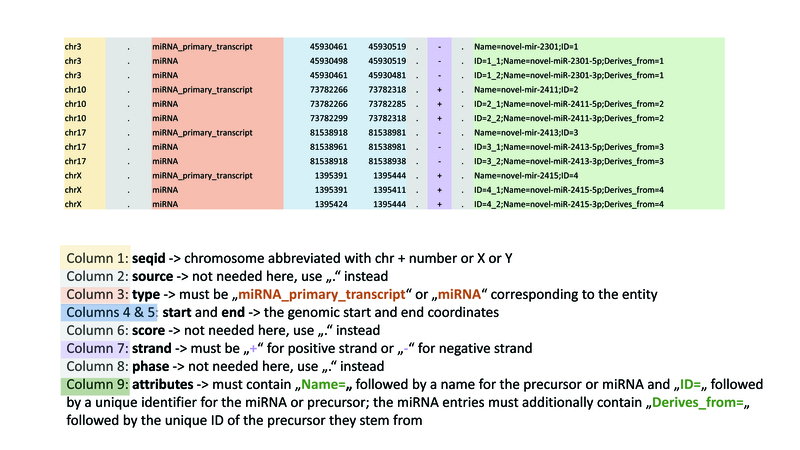 Some notes if you use the GFF upload function: